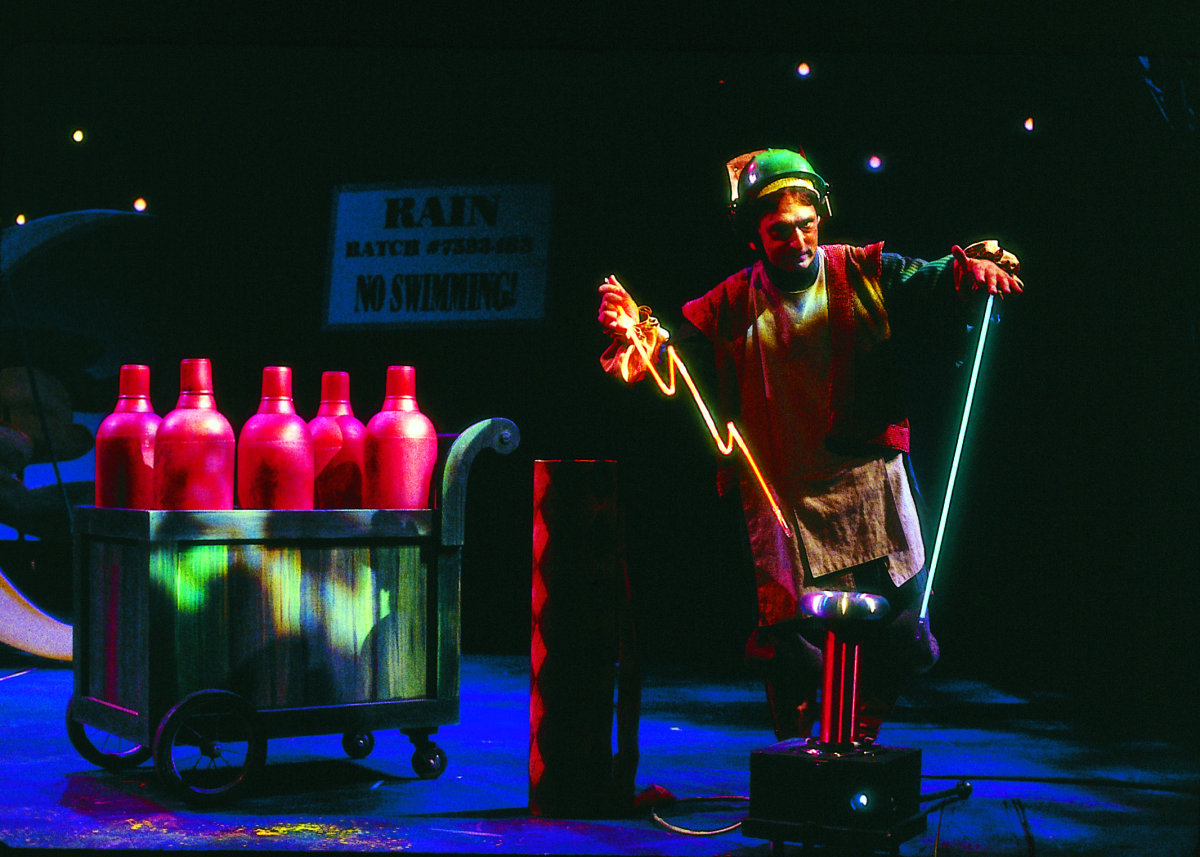 Set in “Nocturno,” the fantastical world inspired by author / illustrator Cooper Edens, Still Life With Iris chronicles a young girl’s quest to regain her memory and with it her home. With the help of the incredible magic effects by Edens and Soule, Iris’ crusade recovers more than her past. Iris succeeds in finding her own magic: the power of faith and the courage of persistence. These traits will lead her home.

In the world of Nocturno, the sun is raised each morning by a signal from the day breaker, the moon is roped and lowered into a basket every night. The inhabitants of Nocturno busy themselves all night long putting leaves back on the branches, painting the flowers, filling the clouds with rain, making and bottling thunder for the storms of the world, and painting the spots on the ladybugs. In this world, Iris is a ten-year-old girl living happily with her mother.

Each of the inhabitants of Nocturno wears a beautiful coat that contains all their memories, a coat that is kept carefully mended by the local tailor, the Memory Mender. Without the coat, or if it becomes threadbare, the inhabitants would lose who they really were, because they wouldn’t remember.

When Nocturno’s rulers, the Great Goods, claim that Iris actually belongs to them, Iris and her mother are separated and both their coats are taken. They no longer remember even each other, nor do they remember their pasts. But, Iris found a button off her coat and saved it. When she holds it, she remembers something, but the memory is slim and enigmatic.

The play explores how loss of one’s past steals the future as well, and how our past defines who we are. Through a series of magic illusions, Iris is able to seek and discover the rest of her past, the past she only dimly glimpses when she holds her button. Each of the illusions takes Iris on a journey that allows her to discover the truth, and to return their memories to many people from whom they had been stolen.

The magic helps Iris find courage and faith, which ultimately lead her home.

In Still Life with Iris, magic is not only a special effect, but also an integral part of the story. Under the artistic direction of SCT’s own Linda Hartzell, Still Life with Iris has been written by award-winning playwright Steven Dietz. The partnership is topped off by master magician Steffan Soule and award-winning author/illustrator Cooper Edens. Together Soule and Edens developed never-before-seen magic effects which are performed within the play. These magic effects are the first of their kind and made their world debut in this production. For more information about including the smaller magic effects in your current production, click here.