February 1st at 8:30 AM at the Utah Cultural Celebration Center

February 2nd at 8:30 AM – 2:00 PM (time to be determined) at the Utah Cultural Celebration Center

2012: Saturday, April 21st 2012, 7:30 pm At the Bravo Performing Arts Series. Steffan Soule’s Dreams, Magic & Miracles is back for an Incredible Evening of Magic!

2011: Sunday, August 28th, 2011
Steffan Soule “Up-Close and Magical”
2:00 pm at the Seattle Public Theatre at the Greenlake Bathhouse.
Get your tickets now as it is sure to sell out and the earlier tickets sit closer to the front! Tickets & More…

2011: Monday, April 4, 2011
BENEFIT SEATTLE PUBLIC THEATRE Come to the Sixth Annual PLAY A PART Auction and fundraiser
A NIGHT UNDER THE BIG TOP
at Teatro ZinZanni! 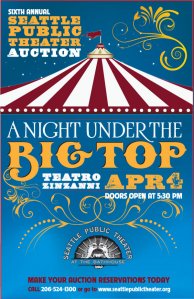 Wine! Theater tickets! Restaurant packages! Art! Delicious baskets! A chance to buy new Theater Seats!
Magic by the Amazing Steffan Soule!
Food to eat and wine to drink!
An event not to be missed!

2008: New Years Eve experience at Fremont Studios: Magic, Dance & Dine into 2009. This will be a spectacular evening. 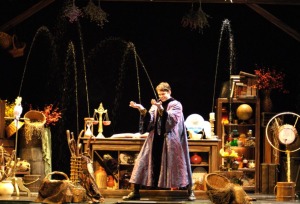 Stay tuned to this page for upcoming public appearances with Steffan Soule. Or join the mailing list and be informed of important public magic shows and magical fundraisers.

One aim of our shows: “engendering wonder & inspiring awe”. Ever wondered what goes into a live show? Below are some of the factors pertaining to pulling off a successful modern magic show…

Mechanical and psychological methods applied toward the aim of creating an effect that is both entertaining and apparently impossible.

Dedication to rehearsal and practice of timing like an athlete in training.

The long corresponding preparation is as unbelievable as the magic we create!

Steffan Soule and Sofia live for