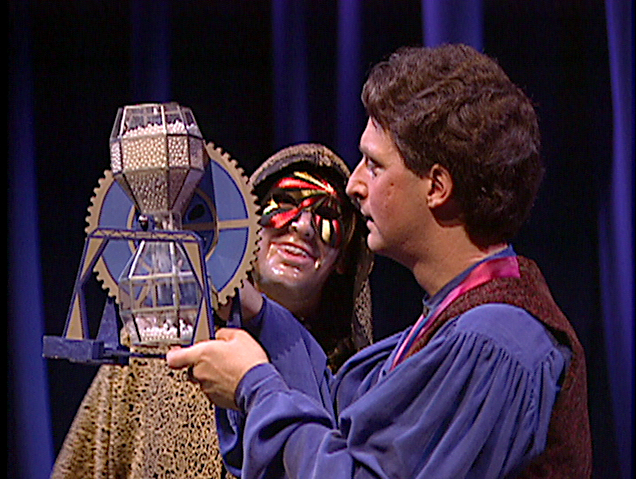 The Hour Glass magic illusion is a masterpiece in terms of magical creations. Steffan Soule developed this with author/illustrator Cooper Edens in 1985, built it in 1992. Steffan Soule was the first magician to perform this illusion. It has been in three major productions and was the centerpiece for Mysterian as a magical time travel vehicle.

Also called the 3 minute magician!
Here are the original pages from the book by Cooper Edens and Steffan Soule, Dreams, Magic and Miracles 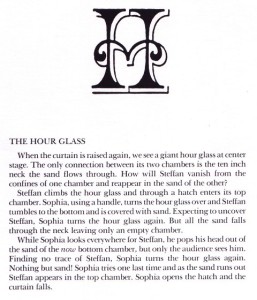 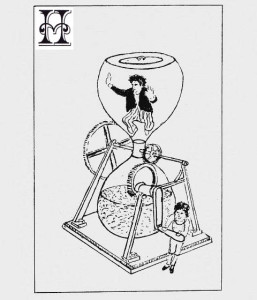