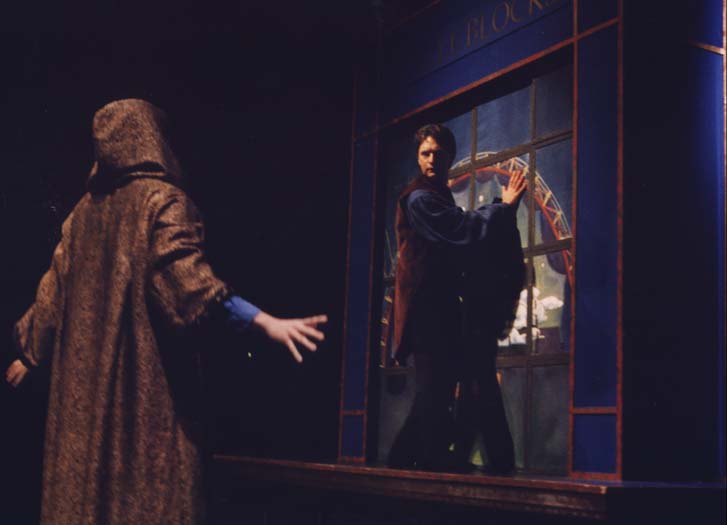 Still Life with Iris – the magical play tours the globe

“Still Life” with Magic: Another magical version of this play was directed by Matthew Reeder at Vittum Theatre in Chicago. Steffan worked with the cast in an extensive workshop to prepare the magic. The theatre received a NEA Grant to bring Steffan Soule’s magic design to this production.

The Chicago Journal writes, “Soule came to Chicago and worked with the performers for this production, which is evident in the actors’ expert execution of an array of impressive magic tricks and sleights of hand. A young Nocturnian lad picks bugs out of the air, then illuminates them with bits of light that come from nowhere. A girl creates a fountain of cascading colored silk scarves in her hand. When we meet the man who makes lightning bolts, we watch as inert zig-zags turn incandescent at his touch.”

When we find when & where Still Life with Iris is performed, as this play makes its way around the world, we will post it here.

No current productions to report

Still Life with Iris made its world premiere on September 19th, 1997 at Seattle Children’s Theatre (SCT) and the extended run closed on November 8th with over 70 sold out performances. It received rave reviews from critics, reviewers, magic fans and theatre goers.

Steffan Soule led the first non profit fund raising campaign benefiting the art of magic, Seattle Children’s Theatre, and SCT’s 1997 production of Still Life with Iris written by award winning playwright, Steven Dietz. Soule and his volunteers, “The Friends of Magic” raised an unprecedented $70,000 for the special magic fund that Seattle Children’s Theatre and A Touch of Magic used to produce the high tech special effects inspired by author/illustrator Cooper Edens on which the play is based. Soule performed magic as several characters in the world premiere of the play. He also acted as the magic designer and choreographer for the production.

Get the Magic for the play

How to get the magic for the play...