Built by John Gaughan, originally made for Doug Henning, created in part by Jim Steinmeyer with significant advancements by Steffan Soule. Steffan asked John if he could place the woman onto the water by himself. No one had ever done this. John said it was impossible to build. Steffan learned it by himself and reoriented the famous wrap to bring the woman’s head to his side. Steffan’s version was the first to include these bits and to use a system three feet off the stage rather than six. These are gigantic little advancements for those in this field.

John Gaughn came to see it live during the five year run of Mysterian. After the performance, he stated that it is “the best water lev ever.” Steffan thought he was being complimentary and said, “Thanks John,” to which Mr. Gaughan said, “No, it is not a compliment. Your version is better than Copperfield, better than Henning; the best in the world, ever.”

Here is a picture of Steffan and John. Ironic that John built this optical illusion just as he builds all of his magic: for magicians; and in this one, once again, the magician appears to be more prominent than the builder. But the truth is, the builder makes the magic; the magician performs it. 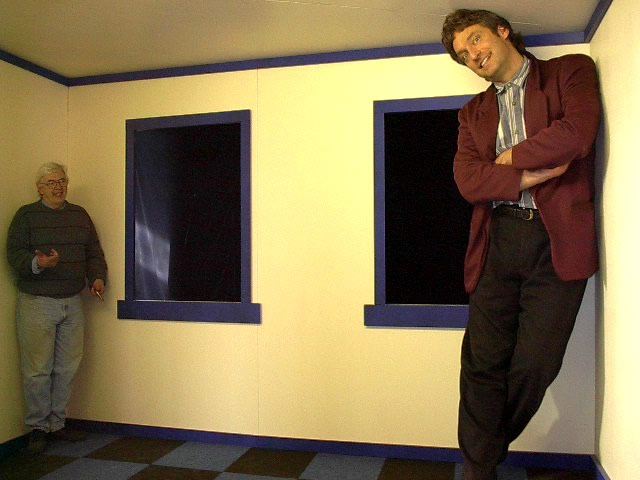 Special message about John Gaughan – a master of magic

The reasoning behind the inventions of magic

Wondering what’s the big deal about these kinds of magic effects?

Well, they cost a fortune, like 30k (well actually 50 when it is all set and operational).
Okay, but that is not the big deal. No, it’s in the ART of it where the friction lies.

Creative, theatrical magic comes from hard work: friction between all the elements. The artist/creator has to blend all of this and guide the process. That is complex if not super challenging. It looks easy in the end (if it is performed decently).

Just think of it this way: it’s a long road from picturing a water jet as the REASON for a levitation to what you see here, and the picturing is half of it!

A note about the artistry of John Gaughan

All my life I wanted to work with John Gaughan. He is the best builder in the world in my eyes and in many other’s. I am grateful for the opportunity to have worked with this master. A dream come true for me.
-Steffan
2015, at the launch of this new website